Performing the East has kind of been on hiatus for the past few months, but that doesn’t mean that performance wasn’t happening! A lot of interesting things are currently brewing. I spent much of January and February finalizing some publications and grants for interesting new projects, and putting together some exciting events in Aberdeen, one of which I’d like to tell you about in this post…

In October of last year, the performance researcher became the performer. For the first time since beginning my research on performance art, I engaged in the practice myself. I applied to a call for participation in a project by Lisa Collinson at the University of Aberdeen entitled “Artists, Academics and Ancient Texts” (AAAT). Lisa is a colleague in Scandinavian Studies, a topic that I have amateur interest in, but little practical knowledge of. Nevertheless, Lisa’s project was aimed academics willing to participate, not only those with knowledge of ancient texts. To be sure, my research couldn’t be further from the so-called “ancient,” insofar as I deal with living artists creating work right here and now. By agreeing to participate in this program, I was agreeing to become one of those artists myself!

AAAT took place in Glasgow, and involved academics from a range of backgrounds – history, Scandinavian studies, music, and art history. Prior to our departure to the big city, colleagues at the University of Aberdeen who were participating expressed great trepidation about it (myself included). None of us had ever performed in this manner, and none of us knew what to expect. Nevertheless, the fact that we had all signed up meant that we were all willing to engage in a bit of risk, and dare to do that which we had never done before.

The workshop was facilitated by Lisa and a contemporary performance artist, Ruth Barker. The two made us feel immediately comfortable in this scary new experience, and they had designed a series of activities that built up to the task that all of us were fearing the most – creating a performance. Lisa provided a workbook with a series of “ancient texts” and we were asked to look through them and choose one phrase, line or even word with which we could engage and develop a short one-minute performance, together with a partner. The results, if I do say so myself, were rather impressive, and eventually we built up to longer performances that we presented individually. In order to discuss and develop the performances, we used a method of giving feedback called the Critical Response Process (Liz Lerman) (CRP), which uses open-ended questions to enable the performer reflect on what they have presented, without the negativity that can be associated with “criticism.”

One month after the workshop, we presented our performances publicly for the first time, in two separate sessions, one at the art space “Seventeen” in Aberdeen (17 Belmont Street), and one session at the Glasgow Centre for Contemporary Arts. Now, we are taking our show on the road and some of the participants will be presenting their performances on March 27, 2015 at the Aberdeen Art Gallery, during their After Hours Event: Extreme Makeover. This is the final After Hours event that the Art Gallery will host before closing its doors for 2.5 years for a massive renovation project. The entire gallery will be empty – including the café and giftshop – and a range of activities will take place in the empty galleries, before the blank walls. In many ways it is fitting that Contemporancient will feature in this event. Part of the original impetus of the development of performance art was to take art off of the walls and out of the stale spaces of the gallery, to create live works of art that would be more thoroughly engaging than a sedentary two-dimensional image. Whether or not our performances do that remains to be seen, but we hope that people will come along and support us in our attempt at transforming ourselves from academics to performers. 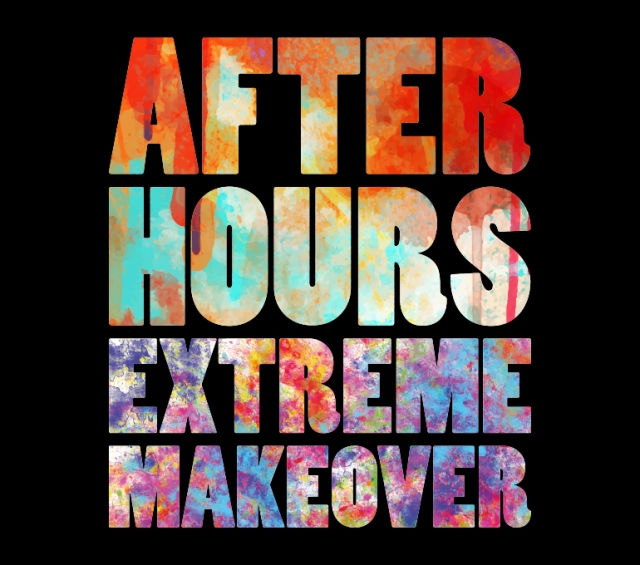